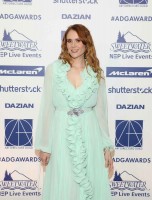 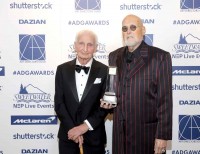 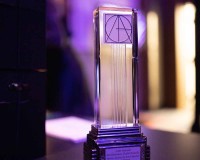 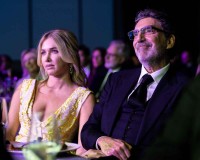 "The 24th ADG Awards is dedicated to elevating our members. By raising the bar and lifting each other up, we create something special. This year’s nominees are shining examples of how, working together as a team, there are no limits to our imagination.  We extend this approach to connect our members globally, widen our influence and expand the creativity of future generations of Designers," said Moses.

Chuck Lorre, award winning television producer, writer and director, received the esteemed Cinematic Imagery Award, honoring his prestigious spectrum of extraordinary work over the past 20 years, and for keeping the multi-camera sitcom alive in creating hit series that generate mass appeal. A wonderful clip reel was presented, spotlighting the spectrum of Lorre’s award-winning work including the acclaimed comedies Young Sheldon, Mom, The Kominsky Method, The Big Bang Theory, Mike & Molly, Cybill, Dharma & Greg and Grace Under Fire, among many others. Bill Gardell, star of Bob ? Abishola, one of Chuck Lorre’s many shows currently on the air, presented the prize.

The late Oscar®-nominated Production Designers William J. Creber, best known for his work on the Irwin Allen disaster flicks The Poseidon Adventure and The Towering Inferno and the first three Planet of the Apes movies, and Roland Anderson, best known for his work on Breakfast at Tiffany’s, White Christmas and Cecil B. DeMille’s Cleopatra, were inducted into the ADG Hall of Fame for their extraordinary contributions to the visual art of storytelling with a special presentation by Production Designer Jack Taylor, ADG.

The Lifetime Achievement Awards were presented to outstanding individuals in each of the guild’s four crafts. Oscarâ-nominated Production Designer Joe Alves, ADG, best known for his work on Close Encounters of the Third Kind and the three Jaws films, received the ADG Lifetime Achievement Award from the Art Directors Council (AD), presented by Makeup Artist Greg Nicotero (Watchmen, The Walking Dead). Denis Olsen, prolific artist on movies, television, theater and commercials known for his work on Ghostbusters, Rocky 2 & 3, The Muppet Movie, Romancing the Stone and Poltergeist, was honored by the Scenic, Title and Graphic Artists Council (STG), presented by Scenic Artist Jim Fiorito, ADG (Patriot Games). Stephen Myles Berger, ADG, spotlighted for his work in theme parks around the world and on films such as Sunshine Boys, Basic Instinct and Robin Hood: Men in Tights, was awarded by the Set Designers and Model Makers (SDMM) Council, presented by Production Designer Norm Newberry, ADG,(Avatar). Jack Johnson, ADG, best known for his work on films such as Edward Scissorhands, Toys and Jurassic Park III, was honoredby the Illustrators and Matte Artists (IMA) Council, presented by Production Designer Bo Welch, ADG (A Series of Unfortunate Events).

Here are the winners at the 24th Annual Art Directors Guild Awards:

EXCELLENCE IN PRODUCTION DESIGN FOR A FEATURE FILM:

EXCELLENCE IN PRODUCTION DESIGN FOR TELEVISION:

The Art Director's Guild and POD Interactive are providing access to this content
via adgawards.org for editorial purposes, and are not the copyright owners.
Additional permissions may be required and are the sole responsibility of the end user.